“More serious was the trick played upon the conference [ Dialectics of Liberation Congress, Roundhouse, London England 1967] by Emmet Gorgan, the ‘leader’ of the San Francisco Diggers. He received an enthusiastic reception, and after the handclapping died down he delivered a stirring revolutionary speech, speaking strongly and clearly as if delivering a Shakespearian soliloquy. It was just what the revolutionaries in the audience wanted to hear:
‘Or revolution will do more to effect a real inner transformation than all of modern history’s revolts taken together!... Nobody can doubt the fact that during the last year, an environmental revolution of the most momentous character has been swelling like a storm among the youth of the West... Power to the people.’
His speech was just over ten minutes and at the end the audience rose to their feet and gave him an enthusiastic standing ovation. He described what had happened next in his biography, ‘Ringolevio’ :
‘He stood there and waited for the crowd to settle back down so he could finally tell them what he REALLY came there to say ... ‘i neither wrote nor was the first person to have ever given this speech... I do know who was the first man to make this speech. His name was Adolph Hitler, and he made his delivery of these same words at the Reichstag in, I believe, 1937. Thank you and be seeing ya.’
The audience sat in stunned silence for a full half-minute before exploding with fury...”
- London Calling: A Cultural History of London Since 1945, Barry Miles, p. 258.
Facebook of course removed my Joan of Arc post and i was banned for a day because i did not meet the high standards FB has for only conservative thought. someone complained and FB themselves decided. my Sarcasm and turning the tables to write as the Left writes and speaks about us was not appreciated.
i will from now on be posting both here and mirroring at livejournal which is owned and operated from Mother Russia, so, fuck you, that's what. if i ever go missing again go here :
http://akmed.livejournal.com/
you can comment there. the Joan of Arc post is there.
i am also here- but still trying to figure out how to use it.
https://gab.ai/mrmittens
[Emmet Grogan 'leader' of the San Francisco Diggers. Dylan dedicated an album to him(Street Legal)] 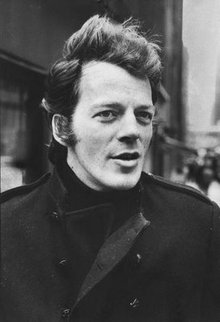