"But you know what the Beatles did? They allowed us a little bit of a way to escape when there was no escape."-Yury Pelyushonok (commenting on illegal underground Beatle-mania in the soviet union)

"We were living in a monster state and we needed an alternative..."

"They [The Beatles] helped destroy the evil empire..."

- How the Beatles Rocked the Kremlin
http://www.thirteen.org/beatles/video/video-watch-how-the-beatles-rocked-the-kremlin/36/

russian all female punk band sentenced to 2 years in prison for "hooliganism". russian orthodox church seems to indicate their crime was 'blasphemy' but their 40 second protest was against putin and the church's official support of a tyrant not the church per se or 'god'. coupled with this outrage is putin's continuing war on gays and lesbians.

"The three women were arrested in March after performing an anti-Putin "punk prayer" inside Moscow's Cathedral of Christ the Saviour. The case against them is seen as serving two functions: a warning to other dissidents, and an appeal to Putin's conservative base. Russia's growing campaign against gay rights is seen as a part of that effort, and on Friday Moscow's main court upheld a 100-year ban on gay pride rallies."

murderous communist dictator lover tom morello only finds time to rage whine like a big pussy against american citizen paul ryan while real punks , real prisoners of conscious get sent to jail for protesting against ex-commie/ new tsar puta putin. pussy riot are political prisoners not rich american communists pretending to be all oppressed as a PR ploy.

bitch. never trust any scum bag who gleefully, willingly goes to cuba to play music for castro's captives.it's the moral equivalent of playing your numetal rap minstrel show in apartheid south africa or for fucking hitler himself. hitler, stalin, castro- they all killed in the name of socialism/communism. you're a moron and part of the problem for not getting that very salient fact straight. of all the politically motivated bands on earth at this moment, pussy riot is the very one which could clue you in, precious, about what life under a communist dictator is like. putin is turning a supposed democracy with a constitution back into a soviet style dictatorship-without the quasi-redistributed wealth. but you dig that shit, don't you? like you love you some castro. fascist celebtard.

oh and while i'm at it che guevara was a racist piece of crap, a homophobe and a bloodthirsty killer. so all black folks, gheys, and emos running around with those t-shirts on or artfully posing themselves à la shepard fairey dressed as guerilla cum maoist revolutionaries- che would be the first one to call you a shiftless ,ignorant useless n-word or if you're mexican he thought you were a dumb indian. wake the fuck up. too busy calling everyone who doesn't agree with you a racist while ignoring the real hateful racists in your own midst, amid your own pantheon of bankrupt tyrannical political mass murderers.

even madonna took the time to lend support to pussy riot( and we know how i feel about ms. skeletor). fuck, even sir paul mccartney isn't a self absorbed poseur douche bag and he's a fucking knight of the realm. even sir paul supports pussy riot.

sir paul fucking mccartney and the beatles are more important musically and politically than raging supposedly communist/socialist/anarchist blowhards making scads of dosh off the machine. the influence of the beatles on the people of the soviet union under a communist tyranny- it was the clarion call of freedom for actual oppressed slaves of the state. and RATM hung out with big messy narcissist liar michael moore while gobbling up scads of cash from feckless capitalist youth, the clarion call for the free to willingly become slaves of the state- but before you become a serf buy lots of merchandize. how very. you're not a rebel. you are a bitch.

pussy riot is paying the price for rocking the kremlin. free pussy riot. 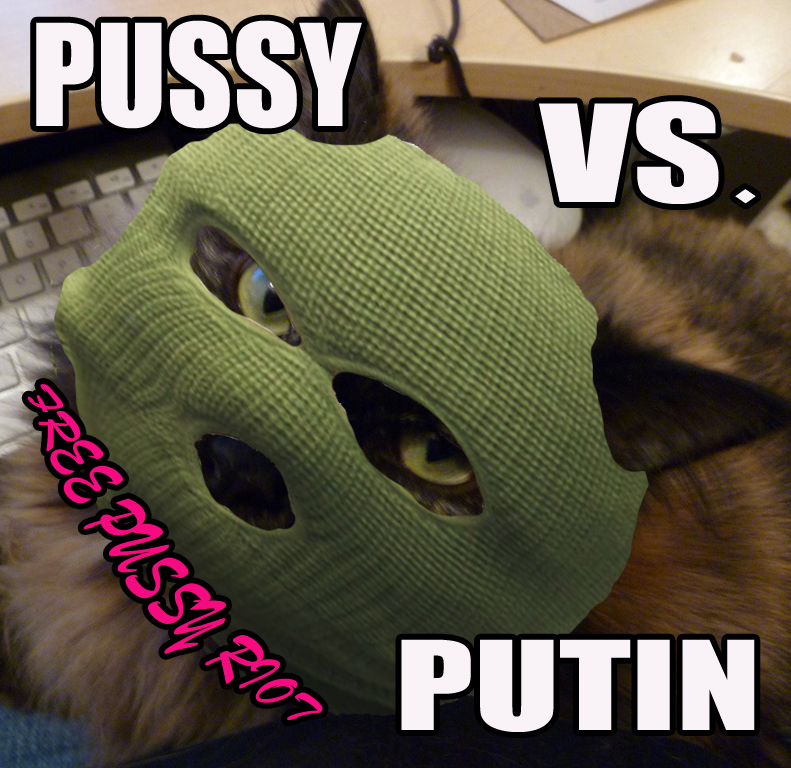 "Wynton Marsalis and his Jazz at Lincoln Center Orchestra (who in 2004 held a concert titled “Celebration of Human Rights and Social Justice”) spent all last week as grateful guests of a Stalinist/Apartheid regime that murdered more political prisoners in its first three years in power than Hitler’s murdered in its first six, that jailed political prisoners at a higher rate than Stalin’s...
Many Cuban blacks suffered longer incarceration in Castro’s dungeons and torture chambers than Nelson Mandela suffered in South Africa’s. In fact, they qualify as the longest-suffering political prisoners in modern history. Eusebio Penalver, Ignacio Cuesta Valle, Antonio Lopez Munoz, Ricardo Valdes Cancio and many other Cuban blacks suffered almost 30 years in Castro’s prisons.
Sr. Penalver served several months of this 30 year sentence naked in a "punishment cell" barely big enough to stand in, where he languished naked and in complete darkness.

“Ni**er!” taunted his jailers between tortures. “We pulled you down from the trees and cut off your tail!” "Castro's apologists, those who excuse or downplay his crimes,” said Mr. Penalver, “These people be they ignorant, stupid, mendacious whatever--they are accomplices in the bloody tyrant's crimes, accomplices in the most brutal and murderous regime in the hemisphere." NEW YORK’S LINCOLN CENTER PARTNERS WITH CASTRO’S SECRET POLICE,Humberto Fontova.
http://www.breitbart.com/Big-Peace/2010/10/17/New-York---s-Lincoln-Center-Partners-with-Castro---s-Secret-Police

"Today the prison population in Stalinist/Apartheid Cuba is 90% black while only 9% of the ruling Stalinist party is black. Elsewhere liberals denounce such a thing as “racist apartheid."VIVA LA CAUSA: MSM DUPES CELEBRATE THE RACIST ROOTS OF THE CASTRO/CHE REVOLUTION,Humberto Fontova.

Exposing the Real Che Guevara: And the Useful Idiots Who Idolize Him
Humberto Fontov http://amzn.com/1595230521