"I can only hope that someday, someone gets the opportunity to choke you unconscious 48 times so you can live through the horror you put our daughters, our sisters, our mothers through. And then, sometime after that, whether it be the 51st, the 60th, the 63rd or whatever, you won't know when it's coming -- that they choke you til you're dead, stand on your throat. To me, you are already dead... May God have no mercy on your soul." - Tim Meehan, brother and uncle of green river killer victims Mary Meehan and her unborn child, Victim impact statement at sentencing trial of gary ridgway.


the remains of a young woman found 27 years ago near mountain view cemetery, a known green river killer aka gary ridgway "dump" site, have been positively identified as 20 year old Sandra Denise Major. Major, who was estranged from her family, was reported missing by a friend around christmas day of 1982 in seattle. upon viewing a tv show about the green river killer in 2012, her family became convinced there was a high probability that Sandra was another one of his victims.a DNA comparison was rushed and a positive identification made.
http://www.auburn-reporter.com/news/159477135.html 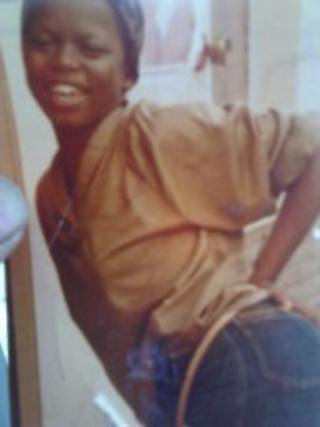 previously, ridgway had admitted to killing Major, then known only as Jane Doe Bones 16, as well as the other decedents found with her- another still unidentified set of remains, Jane Doe Bones 17, and Kimi-Kai Pitsor. Pitsor's skull was discovered in 1983, her body in december 1985. she went missing april 1983. 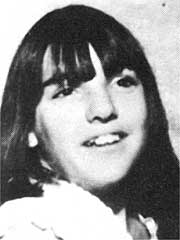 DNA has also recently been found and processed from Bones 17 and two other confirmed yet unidentified ridgeway victims , Bones 10, found near the airport in 1984, and Bones 20, discovered with ridgway's help in august of 2003. ridgeway has pled guilty to all these murders. disturbingly, Jane Doe Bones 20 may have been murdered in the 1970's which expands the already considerable amount of time that ridgway was active brutally murdering young, vulnerable girls and women. his recall of these unidentified females is sketchy- by design, perhaps; it's impossible to know. serial murderers are lying, self-absorbed scum bags. the successful ones, the ones who get away with their crimes the longest , killing the most women, are, even if intellectually stunted like ridgway, extremely proficient manipulators. nothing they say can be accepted as truth without outside confirmation. they never give a direct answer to a direct question and everything they do admit is solely in service to their own needs at a given time. 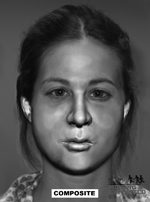 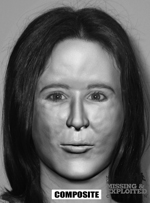 no reconstruction of Bones 20 is available.

ridgway initially pled guilty to 48 murders. of the murders he will admit to, 3 bodies remain unidentified and the remains of 3 have not been found (Kassee Ann Lee, Kelly Kay McGinnis, and Patricia Ann Osborn). after Rebecca Marrero's remains were finally discovered in 2003, ridgway was charged with and pled guilty to his 49th murder. the death penalty was not sought in any of these cases due to a plea deal in which ridgway promised to pled guilty and lead police to the remains of his victims, a pledge that has so far only revealed 4 sets of remains. he is suspected of up to 70 murders. there is every reason to be skeptical of his alleged memory lapses.

"I don't know how to describe the pain. It's inside. There's no words for it. I have gone on with my life in the last 20 years and feel that I have become probably a fairly confident and articulate person, and find that it all fails me at this moment.
"I want to go back to Nov. 5, in fact probably a little shortly before that, when I heard about this [ridgway's plea deal, sparing him the death sentence] and I became very angry. I haven't known that kind of anger in my life before. I didn't know how to deal with it. Since that time, I've been able to process what all this anger is, and besides it being the obvious, the person who sold his soul for his deviancy, there is a secondary fallout that has affected our lives and caused great pain. I believe we've been sold by the prosecutor for not giving us the justice that we could expect. I believe also that he made the deal because of so many that were unknown. I have a very unpopular opinion. Sometimes unpopular opinions are the truth. I believe had the investigations gone right in the last 20 years, many of us would not be in this court today. I believe we still are victimized by some politically ambitious careers. The self-proclaimed heroes have put the victims and their families on a shelf. At our expense, they come forward." - Helen Naon/Dexter, mother of victim Constance Naon, Victim impact statement at sentencing trial of gary ridgway.

"You manipulated the system to save your own life. After today, I will not give this parasite a thought. I'm talking about you. It's time to change the laws. We have to stand up to elected officials."-Sharse Woods-Summer, sister of victim Shawnda Summers, ibid.


ridgway can still potentially face execution if a prosecutor outside of king county, where his deal was brokered (against the wishes of some victim family members),opts to pursue charges. ridgway by his own admission retained strong attachment to areas where he left bodies. he repeatedly returned to dump sites. he even manipulated evidence by retrieving body parts/bones and secreting them in different locations. he had unnerving exact recall of some areas even after nearly 30 years had rendered many changes. he is probably feigning ignorance of the number of women he killed and the locations of all the bodies. if It's done offering up burial sites where human beings were tossed as if they were garbage, it's time to explore the possibility of charges that will result in the death penalty. without any input from gary ridgway, victims are being identified using science. he has and never has had anything to offer in regard to closure for the families and friends of his victims. there's no need for him to be alive sucking up tax payer monies that should rather have been distributed to the victim's families for proper memorials for their loved ones and funds for the many motherless children he created with his one man war on women.

"Your honor, Gary Ridgway is a terrorist. Not a political terrorist, but nevertheless a terrorist. For uncounted years, he spread terror and havoc through Western Washington. He radiated horror throughout the state, into many other states and even into a foreign country ..." - Nancy Gabbert, mother of green river victim Sandy Gabbert, Victim impact statement, ridgway sentencing trial.

"Never in a million years did I think I would be standing up here facing the man that killed my mother. I was only 5 when my mother died and when my dad told me that she was never coming home. I found out on Mother's Day ...
The one thing that I want you, Gary Ridgway, to know, I was that daughter at home. I was that daughter at home, waiting for my mom to come home. And I've had to grow up for the last 20 years -- and this has been my life. I didn't have a life before this; I was so young. This is my life. I grew up -- I've had to defend my mother. She wasn't a prostitute, she was a mother, she was a wife, she was a sister. And we miss her. I truly think you are a coward. You have useless excuses for what you have done and no remorse." - Sarah King, daughter of green river victim Carol Ann Christiansen, ibid.